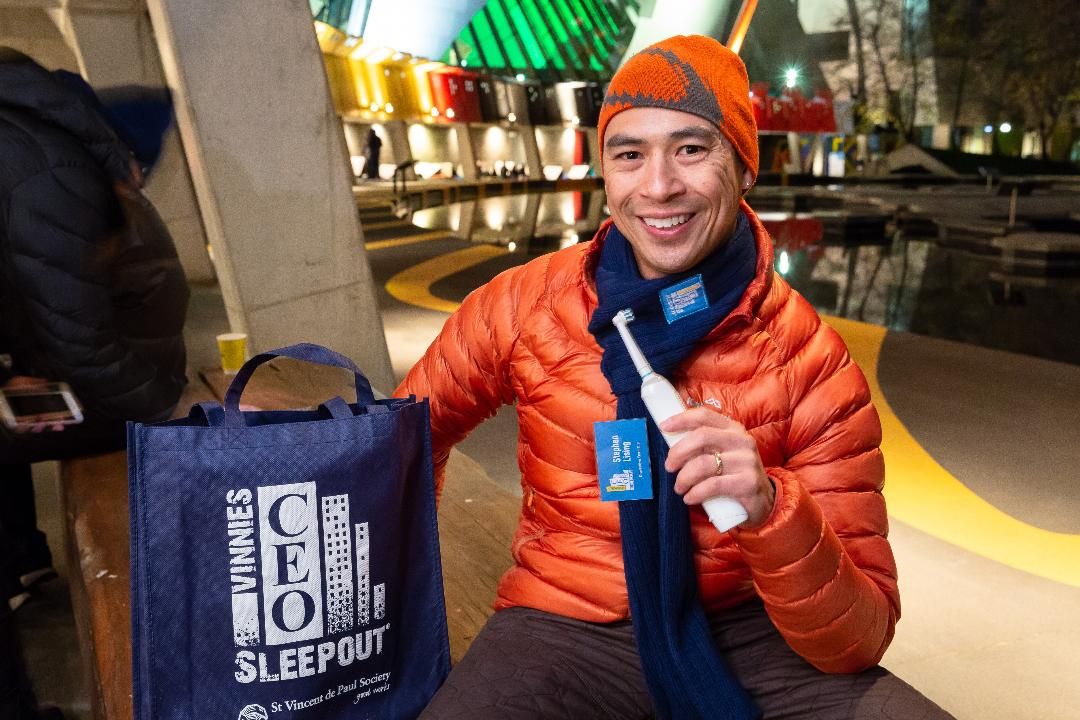 Homelessness can happen to anyone. The colder months can make it all the more difficult for those without a place to call home, especially during a Canberra winter. The Preventive Dentistry team in the ACT decided to do something by participating in the Vinnies CEO Sleepout event to raise money for the St Vincent de Paul Society and help Canberrans in need.

This year, participants couldn’t physically gather together so they joined together around Australia in spirit and online to hear inspirational stories from former homeless people. The team of Dr Steve Lising, Dr Ann Duong, Dr Deanne Carr, Dr Scott Park and hygienist Rachael Walton slept rough just like the 116,000 homeless people across Australia.

Dr Lising slept in his car together with his son Oliver with the convertible top down as the temperature dropped to zero and the car became covered with frost. Dr Carr slept alongside her two kids in their backyard and Dr Park slept on his concrete driveway without a sleeping bag then climbed into his car when temperatures dropped to -1. Dr Duong slept alone in her car in the car park at work while Rachael Walton slept on her back deck in a sleeping bag. The impressive team effort also attracted media attention with ABC Radio interviewing members of the group before the event. Four of the team that took part on the night even came in the next business day to soldier on at work.

Approximately $25,000 has already been raised and Vinnies has advised donations can still be made up until 31 July at: www.ceosleepout.org.au/fundraisers/preventivedentistry