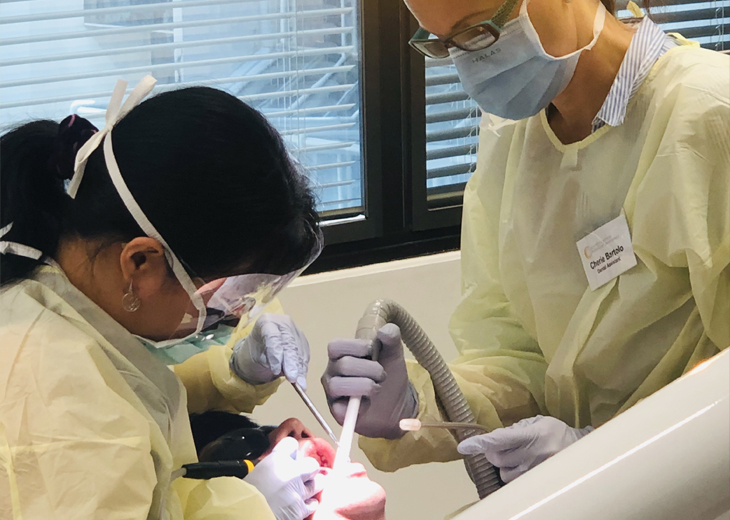 The waiting list for public dental treatment has grown to almost 90,000 adults, prompting dentists to plead for more funding. President of the Australian Dental Association NSW Kathleen Matthews said the demand for public dentistry was there but the funds are not.

It is a health service that, for the majority of Australians, does not receive any governmental funding, she said.

The number of adults waiting for public treatment in NSW has risen to a high of 88,433, data from NSW Health shows. The previous high was 87,542 in late 2016. North Sydney dentist Jalal Khan said the rise was not surprising, given that funding can provide treatment to only one in five of the 36 per cent of those eligible for public dental treatment.

“They get put on the general dental waiting list, and sometimes might be waiting two years, three years for their turn to get called up,” he said. Dr Matthews said the data did not show how long people were waiting. While she hoped people were not waiting in pain, Dr Matthews said she worried about their mental health.

“People not having a smile, that would break my heart,” she said. Haylee Townsend knows all too well the negative impact of not being able to smile. Her top dentures were too worn down to wear but it took six months after her remaining bottom teeth were removed to get a full set of dentures.

“I had no teeth,” she said. “It was just unbelievable. You don’t talk to anybody, you don’t smile.” Ms Townsend, from Dapto, said she couldn’t do any of the everyday things people take for granted while she waited, and not having teeth exacerbated her existing social anxiety and depression.

While it’s been an “amazing” eight months since she got new dentures, Ms Townsend said dealing with the public dental system was “unbelievably frustrating”.

“You’ve really got to tell them how bad it is for them to even give a rat’s,” she said. One part of improving access to public treatment would be improving federal and state government subsidies, both Dr Matthews and Dr Khan said.

“We know too many Australians are avoiding going to the dentist because of the cost, not because they don’t know they need to go,” Dr Matthews said.

Dr Khan treats patients both privately and publicly and through his charity dental truck that travels to regional and remote communities. He said the government should use the private sector even more than it already does to help treat public patients.

“There’s an oversupply of dentists in Australia, particularly in urban areas,” he said. “Most have free chair time which is not being used.”
He said through an existing scheme the government was able to outsource more complex cases to the private sector, and it was up to private dentists to decide if they wanted the work.

“I see it not as a money-making exercise, but just a way to help out people in need – and if the government is paying for it, why not?”